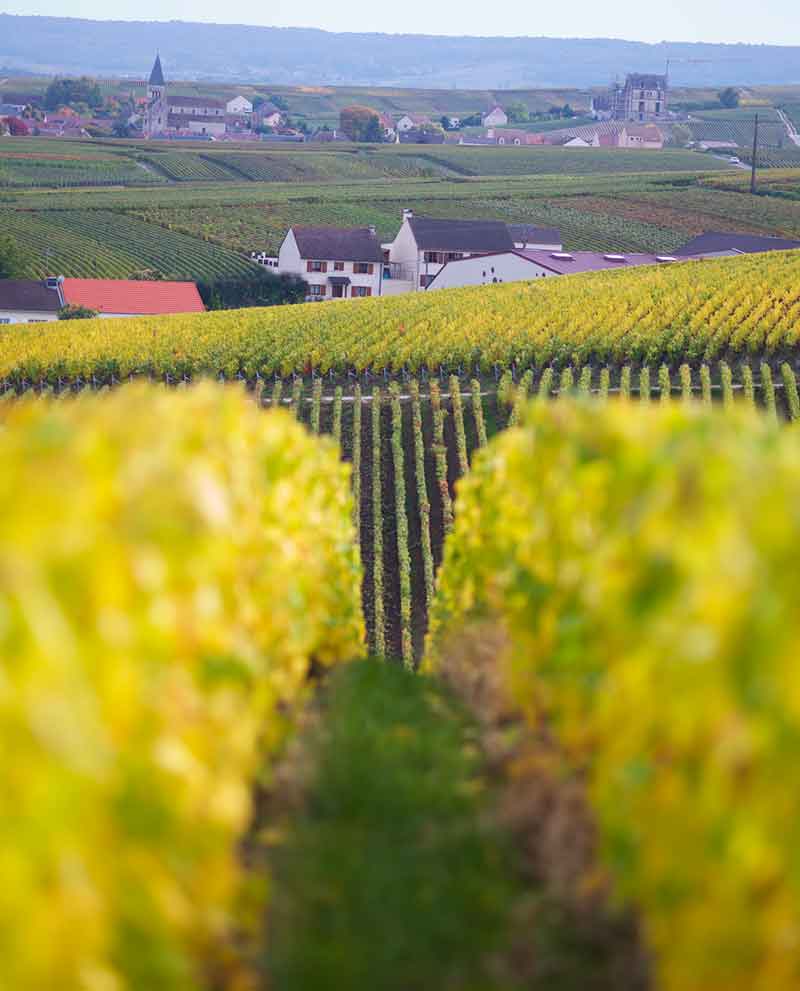 The Champagne region, through Champagne (the wine) has always had the ability to fascinate. The dream, the images evoked by Champagne ban any form of lethargy which would allow us to fall into the common. 34,000 hectares of terroir spread over 320 villages provide us with an enormous quantitative and qualitative potential.

As the most northerly vineyard of France, we are particularly vulnerable to Mother Nature’s whims as well as the temptations of men… It is our duty as men and women from Champagne to strive not just to take joy from the Champagne region, but to give joy by offering our bubbles of happiness.

A long journey: Everything started with a terroir, which is so particular that it gave birth to the most original of wines thanks to the talent of the people who knew how to express its delicate typicity and sublimate it through effervescence.  The originality very quickly became renowned, once again thanks to pioneers who introduce this exceptional wine to connoisseurs all over the world.  The power of a myth: at the beginning of the twentieth century Champagne already had the power of a myth. The Champenois decide to protect this by delimitating the production

area and defining common production rules, which later translated in the recognition of the Champagne Appellation (AOC). Since then, growers and houses united under the umbrella of the Commité Champagne, have not stopped to develop this heritage and have shared with as any as possible the values of their prestigious Champagne Appellation. The Champagne appellation is thus a reference for all producers and consumers who give privilege to authenticity, quality… and the dream.

Ambonnay, a small medieval borough which flourished in the Middle Ages, was founded at the site of a Galo-Roman villa. The discovery of a Merovingian cemetery at a place called “The Crilly Fountain” certifies that its origins are in the same place where the Templar monks of the Commandment of St John of Jerusalem later lived. They were great builders who at the dawn of the eleventh century erected our church, a fine example of Roman architecture which was transformed over the years into a Gothic style. From this time onward, the vine is part of the daily lives of the people AMBONNAY.

Sculptures of vine branches adorn certain pillar caps in the church. In 1578, Henri III, King of France, authorises the community of AMBONNAY to dig surrounding moats to protect itself and to organise a wine fair once a year on the day of St Luke. This charter is engraved on a stone located at the site of the old market place.

Ambonnay largely escaped the religious wars and other combats that our region has always known. From this less ancient place, AMBONNAY is characterized by a network of small alleys located around a central axis; these narrow paths were sometimes adorned by aesthetically interesting doorways, allowing access to properties which were often surrounded by walls (A Champenois peculiarity) .The names of the streets and alleys of AMBONNAY were made out of wrought iron about 25 years ago and AMBONNAY may pride itself on its unique heritage. Located on the hillsides of the Great Reds of the Montagne de Reims, the terroir of AMBONNAY is spread out over 370 hectares. At the heart of the traditional Champagne cradle, the hillsides of AMBONNAY-BOUZY benefit of a South, South Eastern exposure. The particular geological and pedological conditions as well as the local microclimate create the necessary characteristics to obtain exceptional grapes. 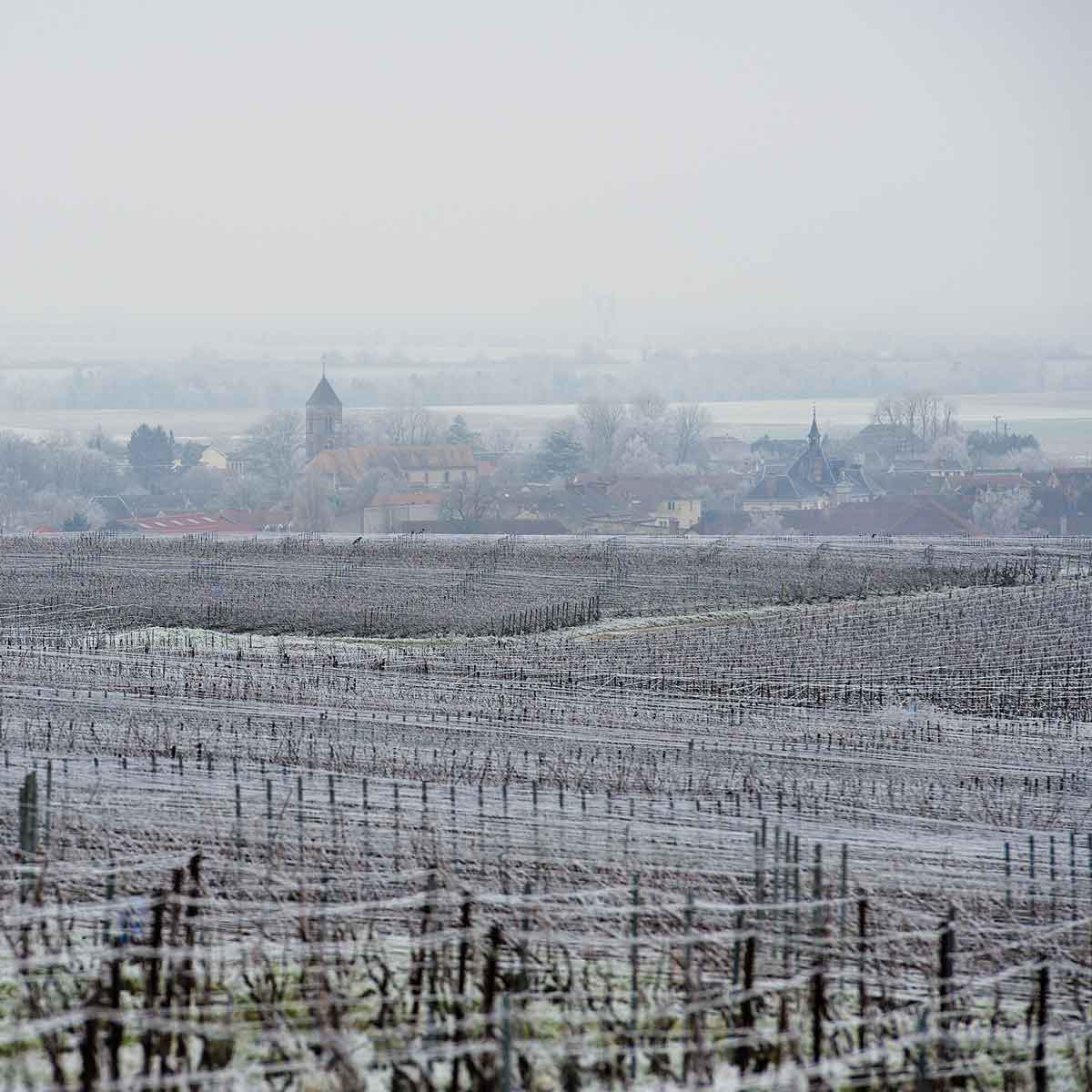 From the beginning of the Champagne Cru Scale in 1895 Ambonnay appears among the GRANDS CRUS CLASSES of Champagne. With an average altitude of 130 meters, a large part of the vineyards often escapes the spring frosts. The terroir of AMBONNAY is planted on hillsides where limy chalk is just beneath the soil surface, covered by a thin layer of clay and limestone soil. Pinot Noir grows here easily and makes for fruit forward and structured cuvees, which are highly sought after by Prestige Champagne makers. Prized for its lightness and finesse, Chardonnay is most often planted on the South-eastern slopes. A few south facing clay-siliceous plots, allow in certain years the secret production of a red Champagne wine of a rare elegance: a fruity wine laced with red fruit aromas, the Ambonnay Rouge is sought after by connoisseurs.

family
The Champagne
The terroir
Back to Top
Close Sidebar